IS WOMEN’S EMANCIPATION A PRIORITY OVER MERITOCRACY?

As a woman running a successful business for over 30 years I clearly have nothing to prove to anyone, and I’m proud of it! The fact that my key sector (construction), is a male-dominated environment barely registers on my radar either.

I know that unfortunately there IS a glass ceiling and I know that a horrific amount of prejudice still exists. But it doesn’t define me – and we mustn’t let it define any of us. Because despite the work still to be done, there are examples now, of strong women everywhere, in the world of business, arts, science, politics and every other important sphere of life – who have got there on their own merits.

I’m not going to quote the number of female CEOs in the FTSE 100 – it doesn’t make great reading to be honest – although the figure for women in senior positions does continue to grow. What we can do is recognise just a couple of role models from the UK.

Emma Walmsley, GlaxoSmithKline’s CEO, who, prior to her current position, worked for L’Oreal.  Ms Walmsley was named ‘Most Powerful International Woman’ in Fortune magazine in 2018 and has been listed in the top three several times in recent years.

Alison Brittain, CEO of Whitbread since 2016. She was a Board Member at Marks and Spencer until earlier this year and is still a Board Member at Experian, as well as a Trustee with The Prince’s Trust. She has won the Veuve Clicquot Businesswoman of the Year Award and is also a CBE.

And there are many others, of course.

What it actually means in business?

I’m not just listing powerful women for the sake of it.  A 2015 study found that, if women were as integrated into the economy as men, it would add as much as 26% to annual global GDP by 2025. Alison Rose, chief executive of NatWest Bank and who is the first women to lead a major UK bank, believes her work supporting funding for women in business is not merely a matter of helping individuals, but is about benefiting the economy as a whole.

If we extend our reach to consider our colleagues overseas, by 2017 more than 11 million businesses in the U.S. were owned by women, employing nearly 9 million people and generating $1.7 trillion in sales, according to the National Association of Women Business Owners.

I recognise a number of reasons many women struggle to reach the lofty heights of some of these ladies, as well as some thoughts as to why it works. Worthy of note, though, is the fact that we don’t hear a word from the women on our list about emancipation or women’s rights – they succeed purely on their own meritocracy, hard work and determination.

On the down side, because women are multi-taskers, we are naturally talented in a number of areas, and can find ourselves torn when there are too many gaps to be filled. Seeing the big picture and taking responsibility for several areas means we can do it but it can leave us stretched and over exposed. Additionally, female executives have to overcome serious obstacles that aren’t thrown in the path of their male colleagues, including gender bias, pregnancy, no ‘old-boys’ network’,  inequality, lack of support, out-dated workplace views,  family traditions and a negative mindset. Perhaps the major issue, though, is the lack of confidence in the female community – business and otherwise. I don’t know or understand why….. 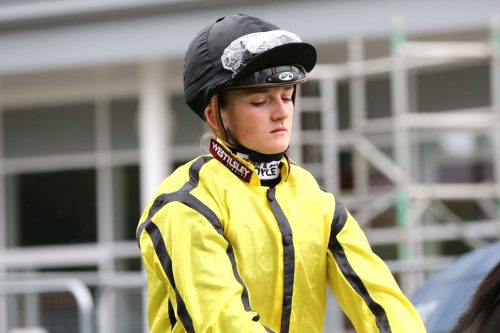 More positively, collaboration is becoming increasingly important in today’s business world. Fortune 500 companies now engage in collaboration and this ability to develop relationships with other business associates is growing to evidence significant benefit. The good news is that women are generally brought up more to be aware of others, and recent research  shows that unlike their male counterparts (who are often distrusting of colleagues), women prefer collaboration. In the current economic climate – and indeed, moving forwards - an old-fashioned cutthroat business plan will be less essential than the ability to work with others.

Another plus, is that although many business decision-makers are male, and senior female leaders can feel pressurised to think and act in the same way, the emotional intelligence, sensitivity and intuitiveness many women combine with well thought-out decision making processes, are what gives us our edge!

One last point, I would like to congratulate 24 year old jockey Hollie Doyle who broke her own British record for winners ridden in a year by a woman. Well done Hollie – you got there on your own merit without burning your bra!

Whether the glass ceiling exists or not, we will succeed with ability, determination, kindness and understated confidence as our dear Queen has done for over 70 years.

CLARE PR’S CLIENTS RACE TO HAYDOCK FOR AN EVENING’S FUN!

This website uses cookies to improve your experience while you navigate through the website. Out of these, the cookies that are categorized as necessary are stored on your browser as they are essential for the working of basic functionalities of the website. We also use third-party cookies that help us analyze and understand how you use this website. These cookies will be stored in your browser only with your consent. You also have the option to opt-out of these cookies. But opting out of some of these cookies may affect your browsing experience.
Necessary Always Enabled
Necessary cookies are absolutely essential for the website to function properly. This category only includes cookies that ensures basic functionalities and security features of the website. These cookies do not store any personal information.
Non-necessary
Any cookies that may not be particularly necessary for the website to function and is used specifically to collect user personal data via analytics, ads, other embedded contents are termed as non-necessary cookies. It is mandatory to procure user consent prior to running these cookies on your website.
SAVE & ACCEPT